We use the best active ingredients for PURAX products. Regular controls and strict quality assurance give our customers the certainty that they are receiving an optimal, safe, and - above all - effective PURAX product. 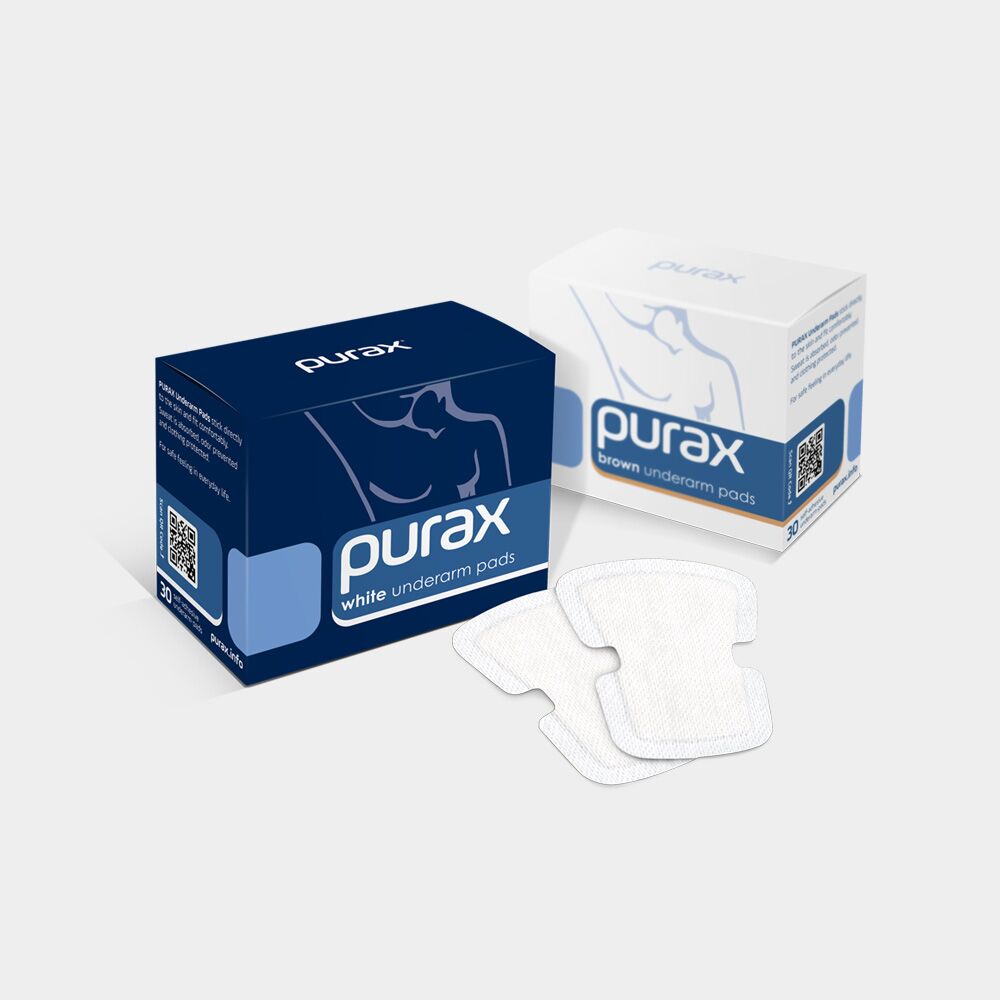 The gentle solution to underarm sweat.
Safe and reliable protection for the whole day.

Maximum strength antiperspirant to treat excessive sweating.
Stops sweat and odor for up to 7 days. 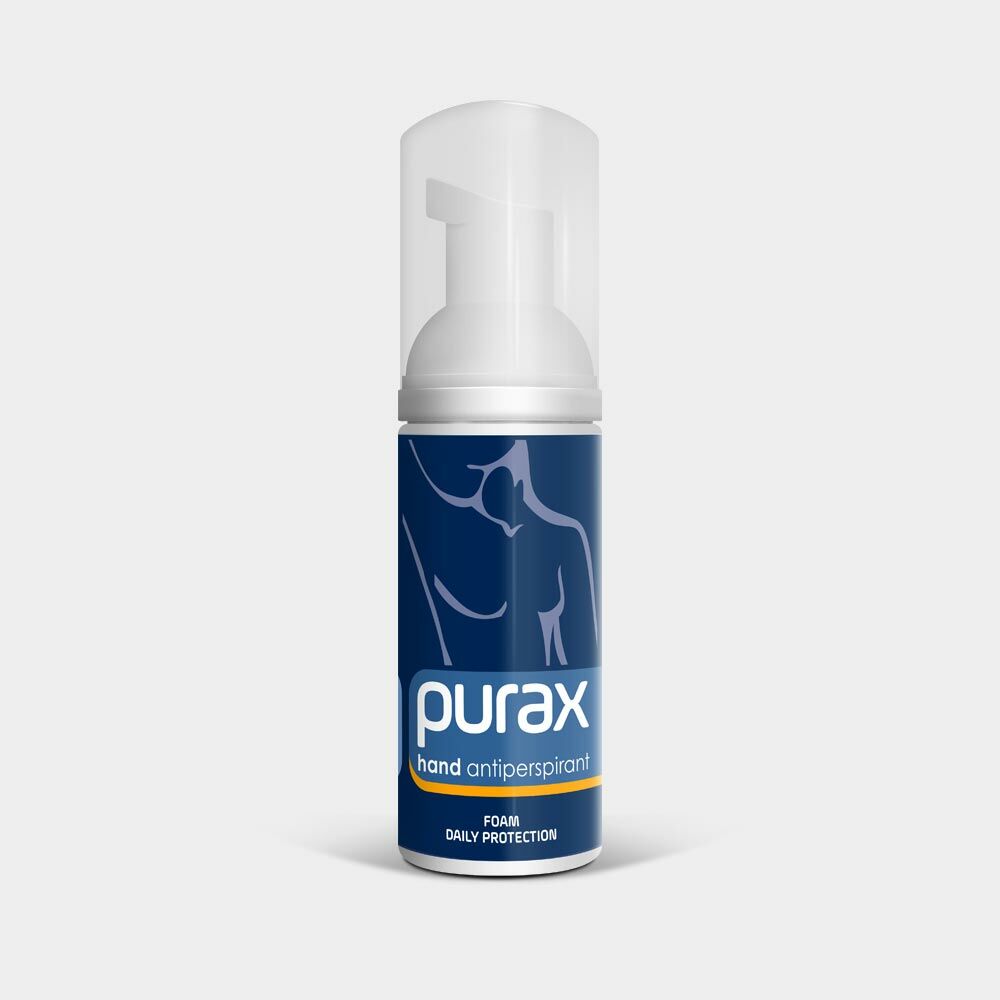 Dry hands shortly after the first application.
Additional protection against bacteria and viruses. 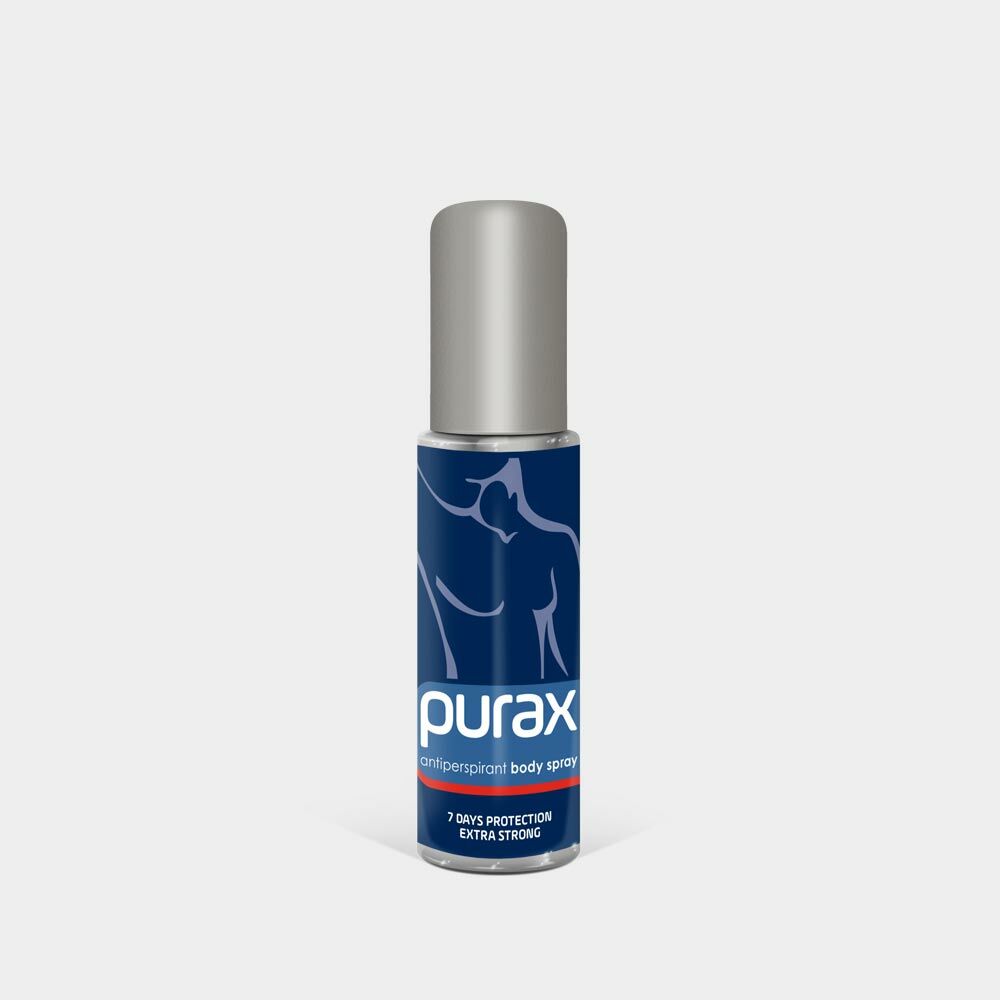 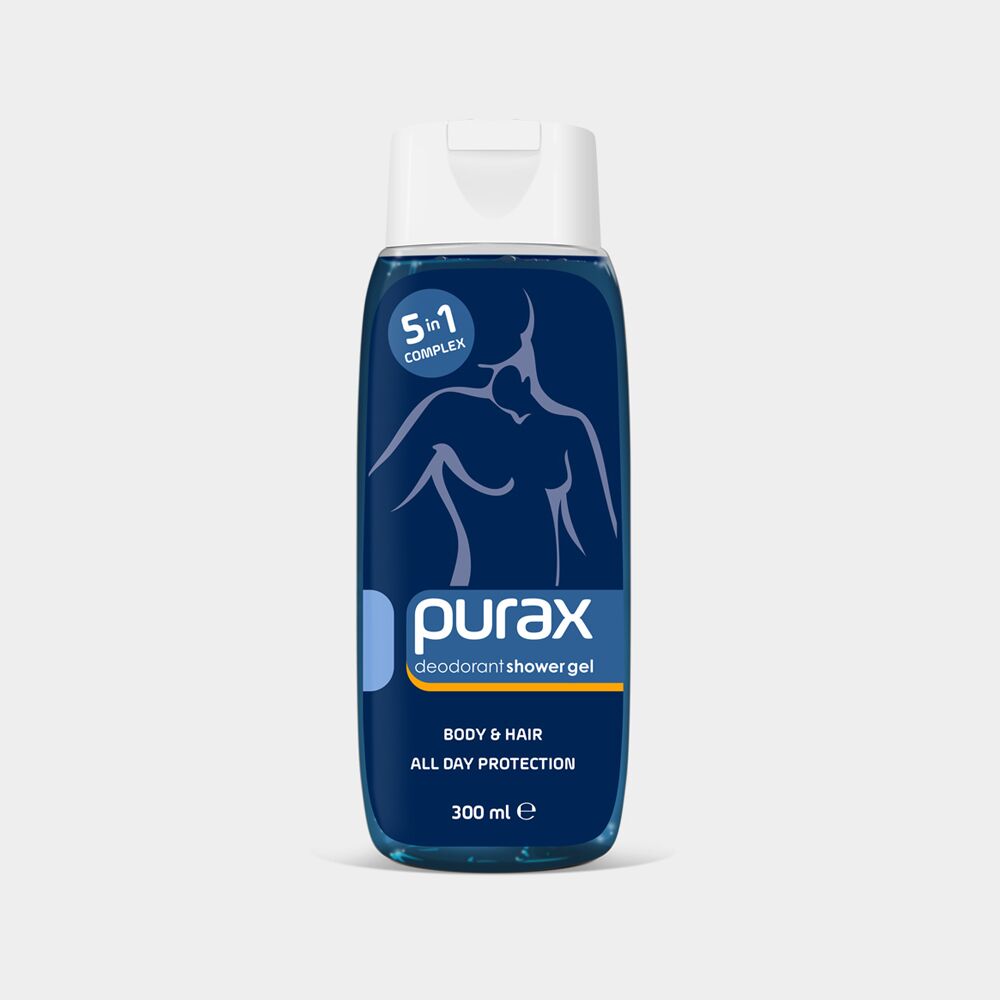 Strong 5-IN-1 deodorant formula.
Freshness and confidence for the whole day. 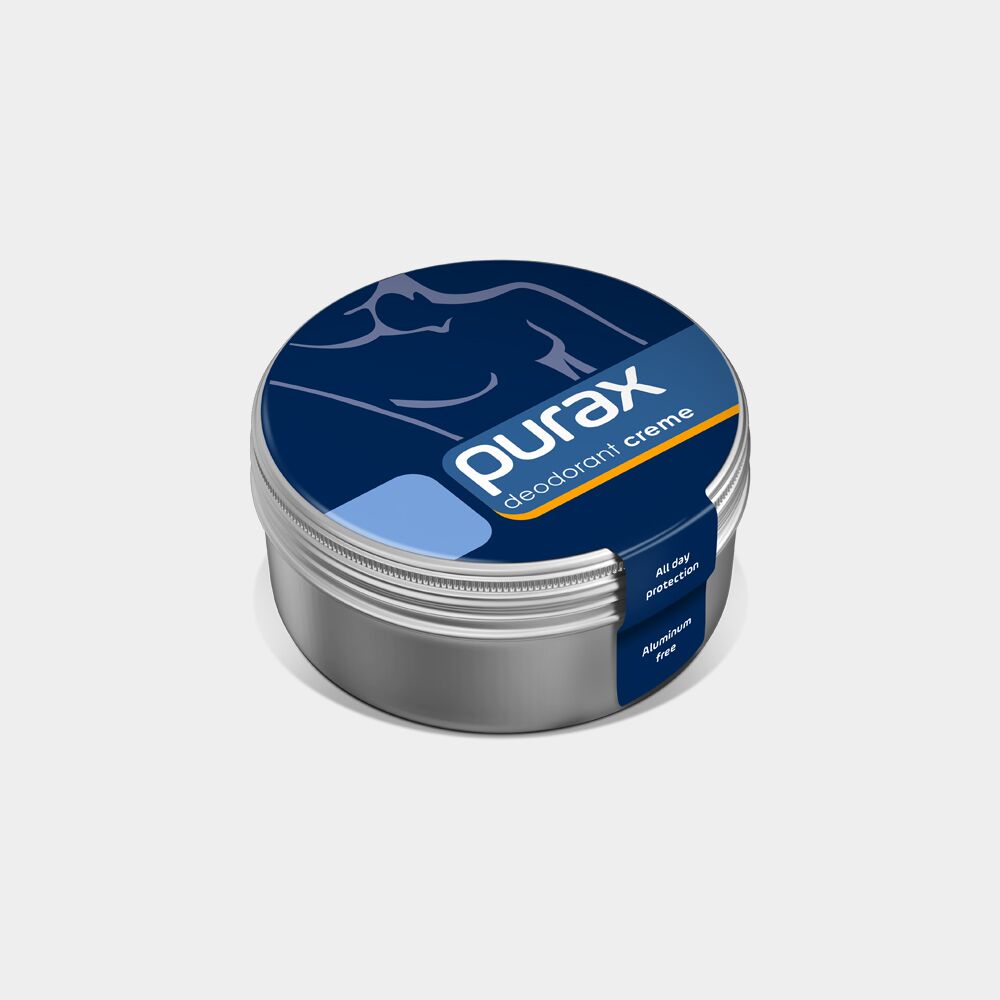 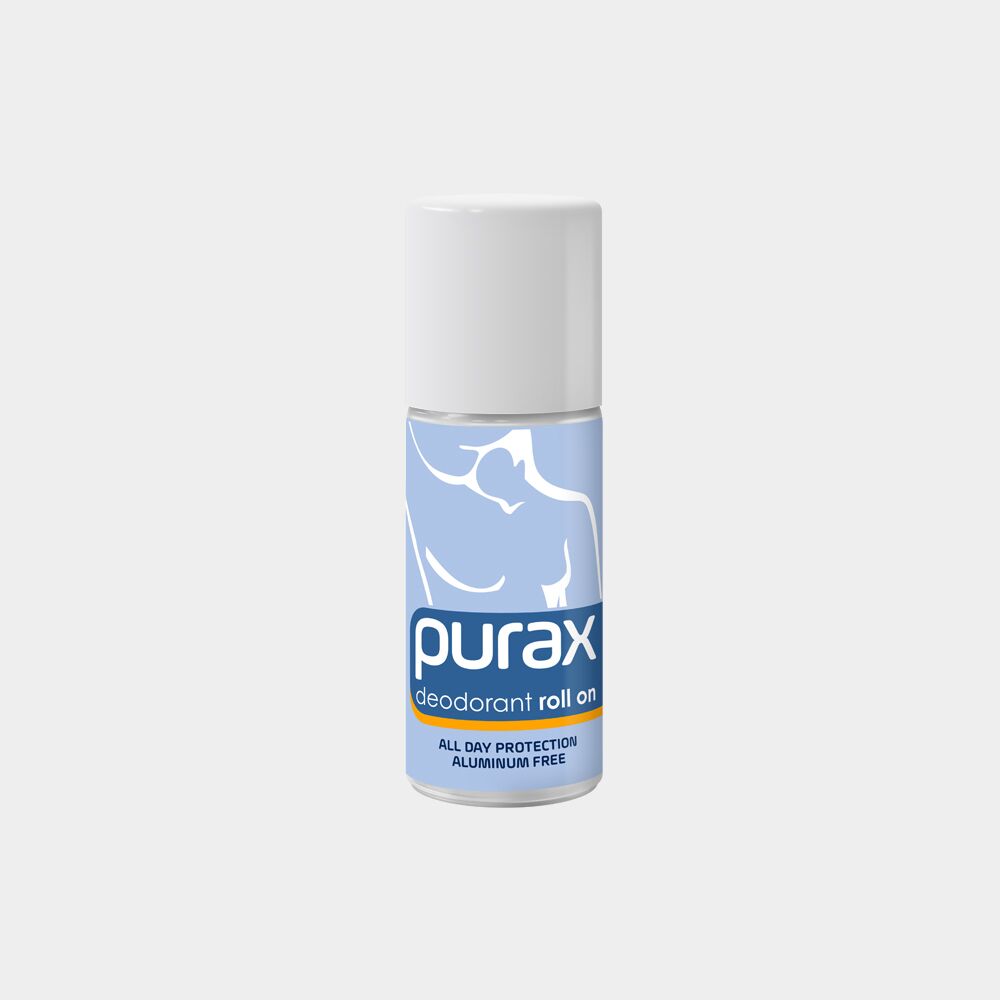 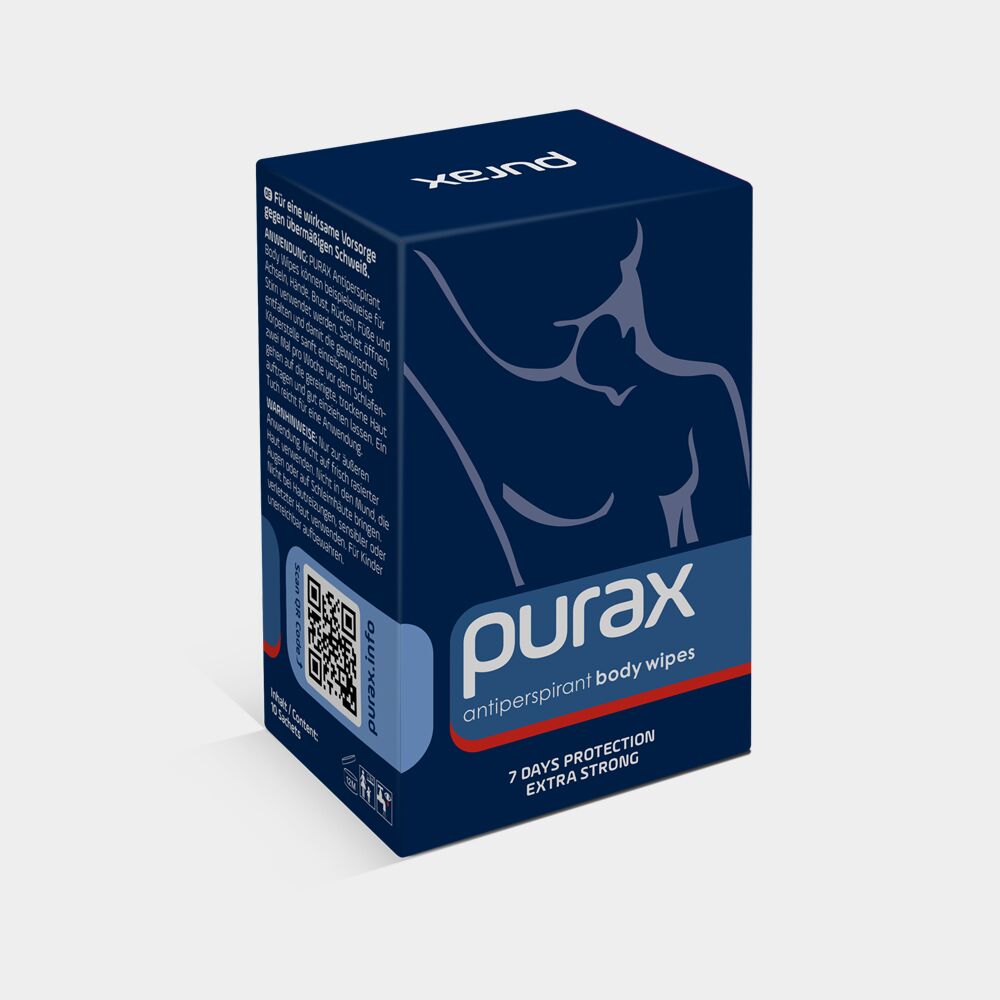 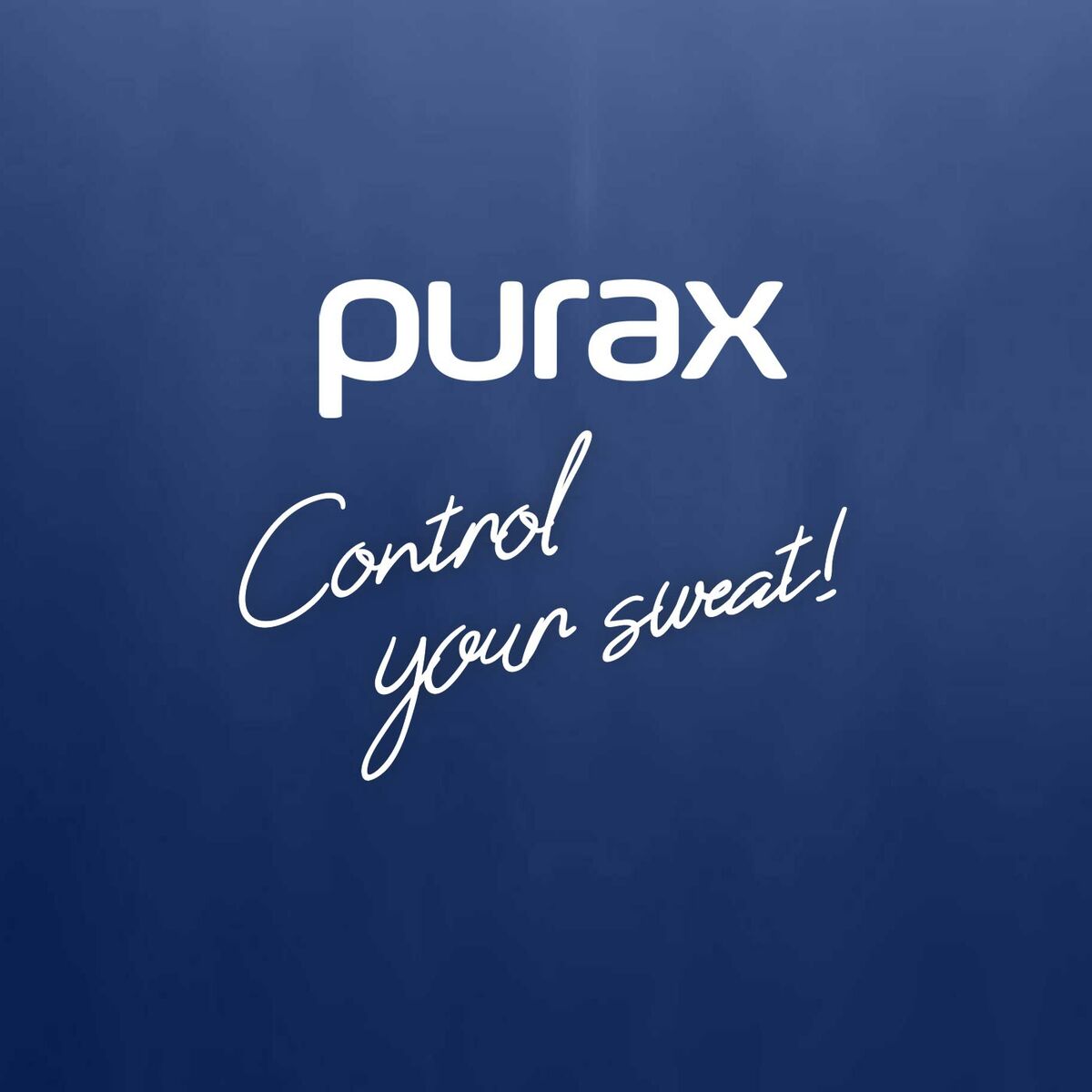 I work as a midwife on a very busy and very warm postnatal ward (always above 25° Celsius). Add a thick uniform to this and I always struggled with sweat stains after a few hours.
I used this product as per instruction on Sunday night, and have since done three 12.5 hours shift and I’ve been completely dry since. Been showering every day like normal but have not used my other antiperspirant. I’m amazed.

This works well for me. I have quite mild hyperhidrosis but I found it embarrassing to meet new people at work (shaking hands) and to flirt with people while I had clammy palms.
My work place environment can be very stressful and intense (healthcare) and sometimes at the more anxiety inducing moments (especially after hand washes) some moisture does get through but this is understandable and I totally within my expectations of the product.
As described, I have found repeated and consistent use to increase effectiveness so remember that this is key to success.
Very happy with the improvements so far and long may it continue.

I purchased this cream when the cream I have been using for almost 10 years is no longer available. I have been using PURAX deodorant cream for just over a week now and first thoughts are why did I not know about this cream before it is quite firm in the tin and when applied underarm keeps you dry for more than 24 hours or until your next shower there is a slight scent but when applied would never know its there and no rash or wet feeling that other creams can cause I will highly recommend this cream and it will be my cream of choice for the future.

I don’t normaly write reviews but after trying loads of supermarket products with absolutely zero effect I tried this and it’s amazing.
It says use twice a week before bed which I was doubtful about as I shower in the morning, however there was nothing to be worried about. I think at first I used too much and used it every morning and night and it caused a slight rash but was gone by the morning. The rash stops after about a week once you are used to it l though so do preserver.
I found the first couple of days were far better then anything I tried before but not perfect, after a week however I basically don’t sweat, even after Rugby training!

A must buy and a must try!

I have hyperhidrosis (excessive sweating) and having a sweaty underarms has been my struggle. I have used purax on a wedding wherein i have to wear white polo shirt. The product had kept me dry all day long. Very happy with the product :)